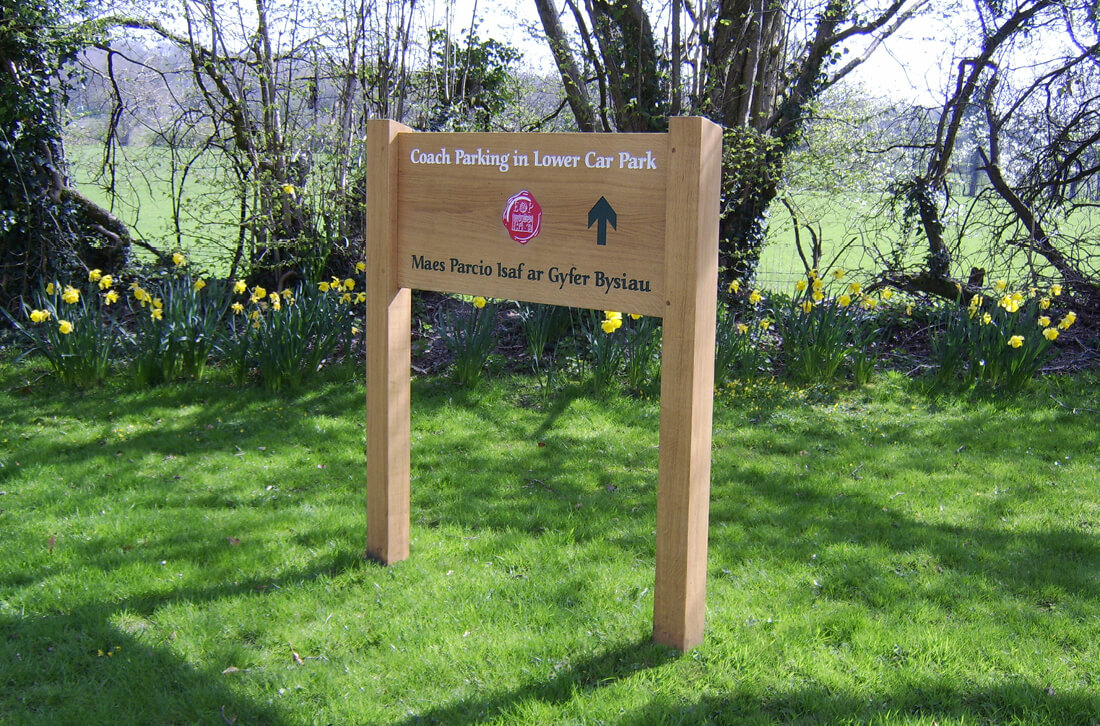 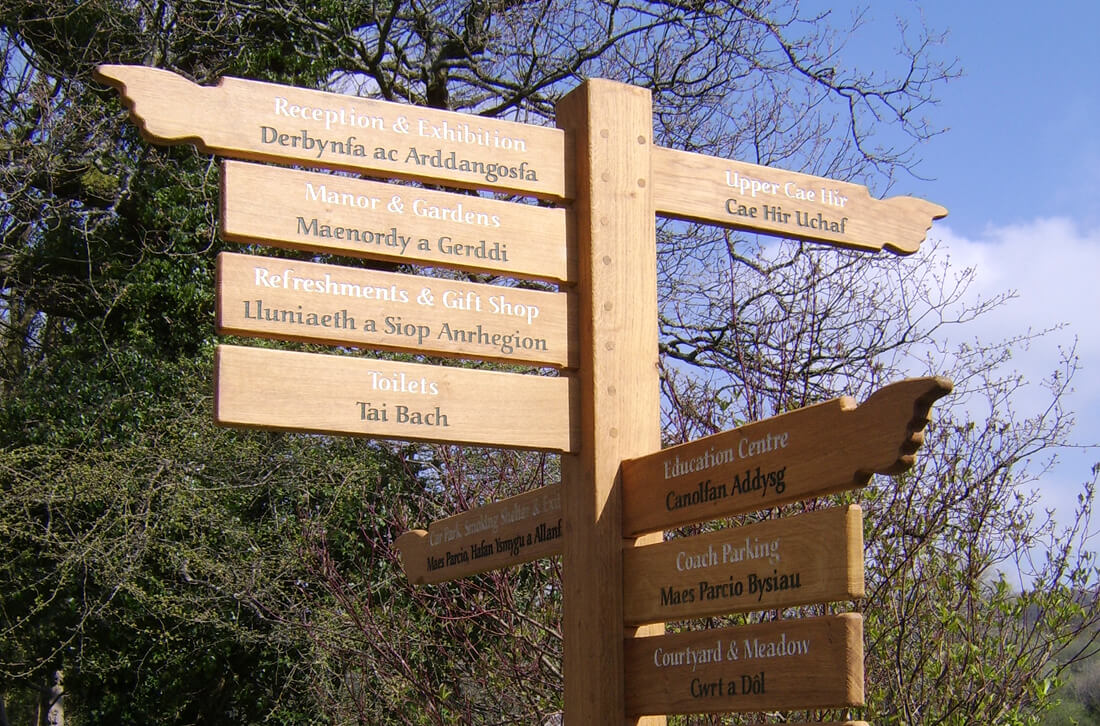 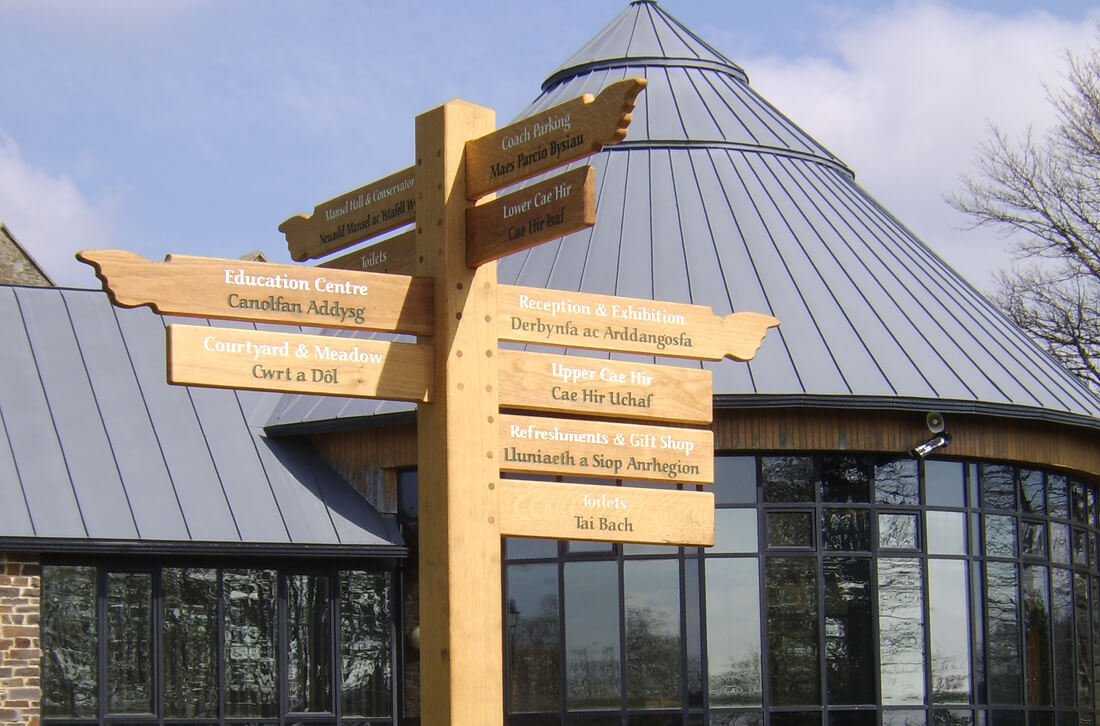 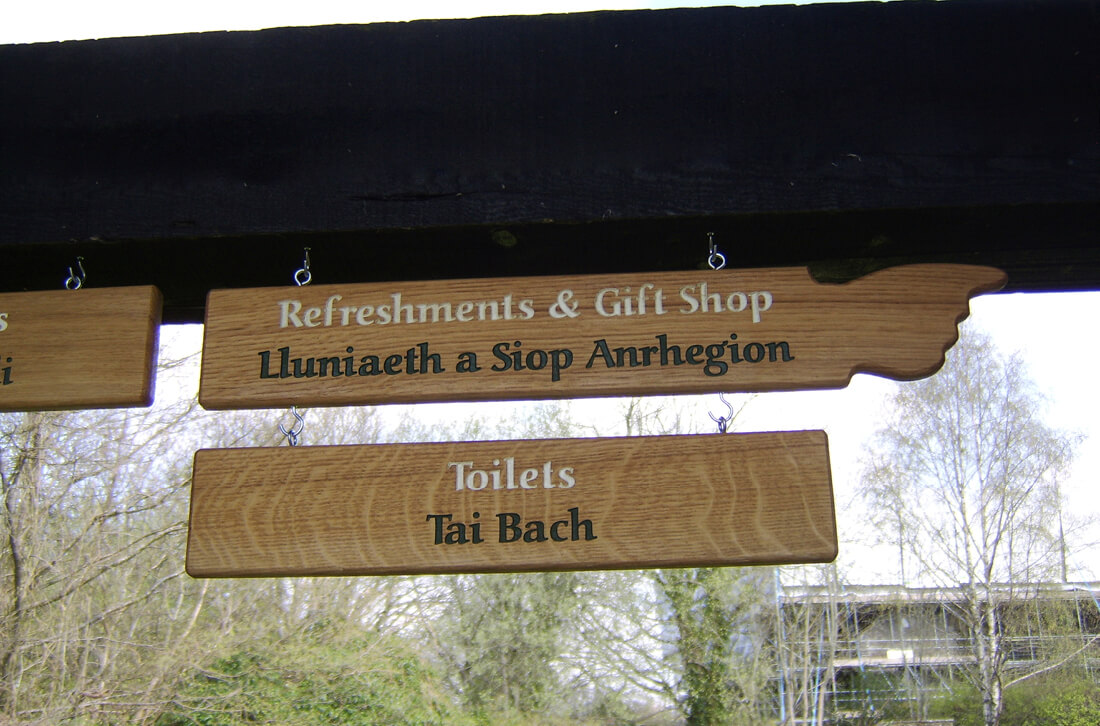 Llancaiach Fawr Manor, owned and managed by Caerphilly County Borough Council, is situated in South East Wales in the small valley of the Nant Caeach. The house is mainly of the early 16th century, with early 17th-century modifications, and has been restored and furnished as it would have been in 1645.

Visitors to Llancaiach Fawr Manor experience an amazingly realistic step back in time, and because every detail of the visitor experience is meant to make you feel as if you really are back in 1645, signage was kept very low-key and directional signage was non-existent.

This deliberate lack of directional signage made guiding visitors around the site a huge challenge. Staff dressed in period costume are skilled artists and only speak in ancient dialect. For example, if a visitor was to ask a costumed member of staff how to find the gift shop, that staff member would likely reply “speak to the peasant women in the barn yonder” and the visitor asking for directions could become rather confused!

Landmark was asked to evaluate the signage at Llancaiach Fawr and design a sign system that would be effective yet not undermine the historical ambience of the property.

A series of signposts were manufactured using native oak, and the engraved legend on the finger-arms is in English together with the Welsh translation. The finger-arm design and letter-style used were chosen specifically to reflect the character of the surroundings.

Some of the signs are designed to be removable, as often the property is used for filming and other events when signage is not appropriate.

Landmark enjoyed working with the staff at Llancaiach Fawr on this project and would highly recommend it as a place to visit. Find out more by visiting their website here. 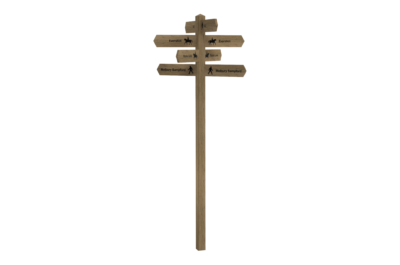 The beautifully made Newport fingerpost sign matches perfectly with other products from the County range. It supplies essential wayfinding information in a way that... 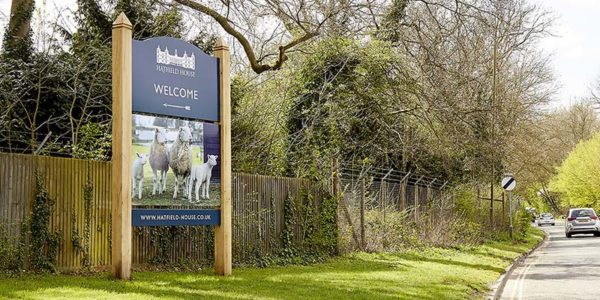 Landmark is very privileged to have worked at this extraordinary location and has just completed phase two of the signage programme.